Wonderful and Surprising News for ALL Cannabis Smokers, Shops, Growers and Associations 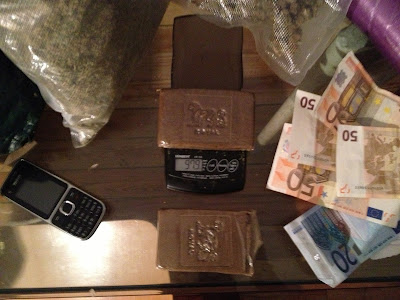 On-the-spot penalty notices for "possession of any amount of illegal substance in public places, roads, public buildings or on public transport" (Art. 36.16)

The wonderful news is they added to Article 36 - for the first time - Section 18 regarding the cultivation of cannabis, which says it's only punishable if "visible in public places".

This is the first time in democratic history criminalized acts and illicit crop planting are determined and clearly expressed what is forbidden, and to the contrary, what is allowed.

Franco’s previous legislation prohibited the cultivation of cannabis from 1967... This law "prohibited" but they didn't sanction offenders. So they considered it forbidden to germinate seeds.

Spain's Government suddenly decided, with new citizen security laws, to decriminalize cannabis cultivation for personal use. Why did they do that? No idea! It definitely wasn't included in the 2013 draft.

Grow shops can sell cuttings to growers so long as they don't display them in public. They must inform customers the sale of cuttings and cannabis cultivation is legal, ensuring these substances are not sold "in visible public places".  You can also sell cactus and mushrooms.

Credit for decriminalization with this new wording of the law can be given to the government and a parliamentary majority.

Thus cultivation for personal use has not been legalized YET but decriminalized, which is the best news for anti-prohibitionists. The best thing they could do. Cultivation is only punishable if it's visible to the public.

The BAD NEWS is this law has INCREASED the minimum fine for possession of illegal substances to €601 [it was €300] (Art. 36.16), and they have included an article on searches, which they call "external body searches" (Art. 20).  They have made it 'legal' to carry out a body search without needing evidence of crime, only the suspicion you may be committing a minor offence, for example, possible drug possession. Well... let's see what the Judge says.