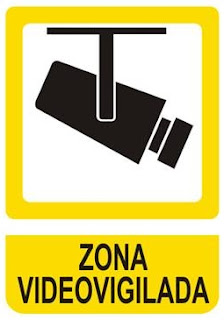 
Objectives are to control Madrid nightlife and monitor thefts and robberies. Municipal Police watch in real time everything that happens in Madrid’s city centre, 24 hours a day.

This technology is already operational

The Commission inspected CCTV equipment and gave its approval. The Central Council System for Video Recordings (CISEVI) will be integrated and managed by Municipal Police.

In addition, are 177 municipal traffic cameras focus on main roads in Madrid and 280 more devices controlled by Traffic Police scattered on roads around the region.

Specifically, according to the company responsible for this new installation, project includes placement of 6 cameras on “Gran Vía”, 3 on “Calle Princesa”, 2 in “Plaza de España”, 2 in “Plaza de Callao”, 4 on “Calle Arenal”, 3 in “Plaza de Santo Domingo” and 5 in “Plaza Mayor”. The rest are shared between “Calle Preciados”, “Plaza de Isabel II” and “Plaza del Carmen”, among other areas.

Cameras have great capacity for movement, turning up to 360 degrees, thus preventing any dead spots, but they will have software will prevent recording sensitive points, such as through building windows. They also have zoom and can record both day and night.

10 out of these 47 devices feature analytical software which sends alerts to Police if it detects certain behaviours, such as a group of people running, helping Police respond faster.

Viewing material is restricted to a group specifically authorized agents. Images will be stored for a maximum period of seven days, after which they are auto erased unless requested by Police or a Judge.


An expense, according to the Council, was justified because:

"We have seen a 10% reduction in the number of incidents and Police resources."

Captured images will be stored for a maximum of 7 days

Despite initial doubts about these devices raised by residents when they began to install them (especially around “Lavapies”), neighbours seem to have fully adapted to them: "We agree they should be installed. Due to shouting, fights, robberies and drug trafficking, we prefer to be monitored than to remain in this situation", said by residents association for "Opera-Austrias". “We'll see if cameras are useful, because recorded images, don’t detect noise we put up with", added same spokesperson.

“CENTRO” District will become one of the most guarded areas in Madrid due to increase of
thieves, fights and riots often occurring on the streets.


Government believe improvement is mainly due to Police pressure exercised around Madrid's "hot spots", including city centre and “Azca”.


Spanish Police and Fire Department have been using drones since 2013...