Two new measures will début during the 2016 season in Ibiza: a new tax for tourists and...


Ban on ANY LIQUID outside hotels, bars and restaurants!

The 2016 season has just started and the big clubs rush in time to give the desired final kick off to a promising summer. Loaded with new features in Ibiza, new musical bets that promise to give much to talk about, the renewal of many sessions established on the island and the last season of Space Ibiza this year. Basically, the island is on fire.


But we not only find an awesome situation in the music and clubbing scene. Politics has a say in the way of new measures not exempt of controversy in Ibiza. Local authorities don't usually work towards promoting or developing club culture and electronic music in Ibiza, but rather tend to favour cuts and bans in the Summer. They argue it’s an attempt to ensure security on the island and the tranquility of the locals. But it’s a pity these ideas are usually seen materialized by restrictions to electronic music, which current supports what was once called the “Island of Liberties”. 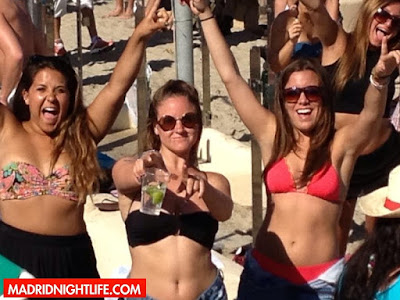 Last year bans came in the form of reduced opening hours, alcohol bans on air planes and impediments for beach clubs to continue. This year we find two novelties besides the eradication of ticket sellers and street entertainers: the implementation of a tourism tax and a more than controversial ban on drinking in public! 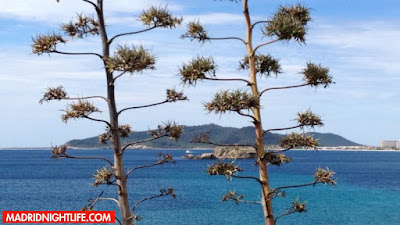 The tourism tax was a measure already introduced in 2002 but was repealed the following year with the change of government. It’s a measure already applied at many seaside and tourist resorts that is quite understandable, especially considering that tax rates will range between €0.50 and €2 for luxury establishments. On the plus side, children under 15 will not have to pay. All proceeds obtained by this route will be used for the promotion of sustainable tourism and the conservation of natural areas. Given the enormous environmental impact Ibiza is subjected to during the summer months. If the money is actually used for these purposes [we agree] it’s a reasonable measure.

New Ban on Consumption of Liquids in Public! 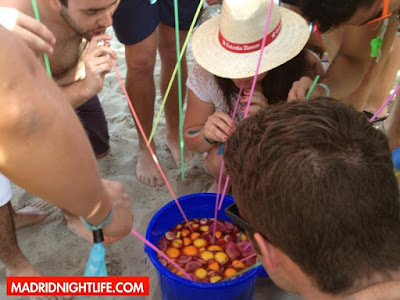 This new law even bans drinking WATER from plastic bottles in public, leaving tourists on the verge of dehydration! The law does not propose this, but stresses that hotels and entertainment venues - not shops or supermarkets – MUST prevent customers from leaving their premises with any type of liquid substance including alcohol poured into plastic glasses or bottles. If the customer manages to sneak out any liquid substance the establishment that provided it would be liable, so they would have to have a special security guard who would control the departure of visitors.


Do these new laws make sense? Are there more disadvantages than advantages? Will it be possible to put it into practice as proposed? Will it materialize in financial strains on tourist establishments in Ibiza, who need more staff to try to uphold it?

Regardless, if approved it's expected to bring many headaches for tourists, hoteliers, and even the police!