Although illegal peddlers of fakes have multiplied, Municipal Police focuses on those who sell cans of beer and food in nightlife zones. So far this year they have fined 6,628 people. 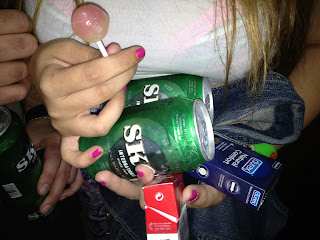 You can’t compare mafia counterfeits to the - more or less - organized groups selling food and drink in nightlife areas from late until dawn for only ONE Euro. The former are generally of sub-Saharan origin, they are placed on the main roads of commercial traffic and sell handbags, signed Real Madrid shirts and Nike trainers for 20 Euros. All fake. They can carry 300 Euros worth of stock in the blanket and transport it on their back (from the manufacturers in China to suppliers in “Cobocalleja” to safe houses in “Lavapies”) generates millions of Euros each year. However, Madrid City Council, now led by Manuela Carmena, is focused on penalizing vendors who dispense cans beer on the streets. So far this year they have fined 6,628 people for this reason, compared to 4,259 "manteros" (illegal peddlers of industrial property), that is, 55% more.

The clandestine nature of these (usually Asian) organized groups that sell mainly cans of beer in places where young people gather on weekends, at festivals and outside clubs. This does great harm to the hoteliers. However, the one euro cost of a random branded beer is not comparable to the economic damage and image "street vendors" are causing to big fashion companies and football clubs. 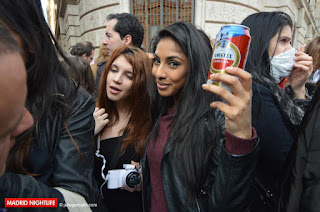 The main similarity shared with Africans is if they don’t have "papers" they tend to have fewer problems with the police, as no notifications will reach a known address. “Centro” district sufferers the most. Up until June this year, 6,628 offenses have been reported due to food interventions in the capital, of which 5,307 (80%) were in this district. [so every single night around 36 guys are reported]. It’s closely followed by “Puente de Vallecas” district, with 1,097 (17%). In this district the presence of "lateros" is less common but this type of offense also covers illegal vendors of fruit and vegetables placed in the door ways next to local supermarkets and unlicensed street markets. They don’t target young people exiting nightclubs but go for ladies who will buy on their doorstep much cheaper products. Usually it’s stolen or they buy very cheap unwanted leftovers from “Mercamadrid”.


According to Police sources, "lateros" are the ones most charged for this offense.

These groups began to act when the "Botellón" (drinking alcohol in public) peaked and was banned. In the early years most were Chinese, but now there are many Bangladeshis and Pakistanis. They approach clubs to "liven up" the queue with a beer. They harass clients outside venues, when an hour earlier last orders were called and no more drinks were served. They discovered young people are hungry when they exit a club at dawn so they began offering everything: sandwiches, rice, noodles... [Mmmmm... Bacteria] 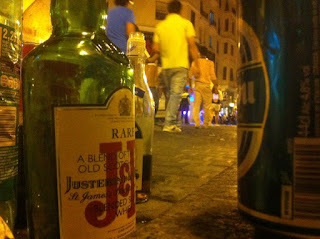 So the problem for public health posed by these illegal hawkers, unlike “manteros”, is abysmal. They hide cans and containers in the sewers if they’re detected by the Police. And although beer is their main product, they also offer sandwiches and Asian food that’s often dangerously unhealthy and probably unsafe for consumption. Don't even be tempted to eat it. City center restaurateurs have complained about this problem although economic damage is not so great. In fact, those who actually compete against these mobile beer vendors are run by Chinese, where young people often buy alcohol to drink on the street. During street festivals, like last weekend’s “La Paloma”, was when these "lateros" made a killing by allowing everyone to drink in public... Olé, Si Señor! 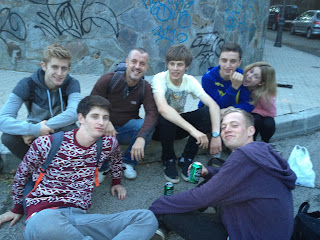